The Oak Grove University Crane Bicycle Improvement Project began as a one-year trial installation of a bicycle facility on the following streets. The route connects key destinations in the City including schools, the downtown and connecting residential neighborhoods. The project included buffered bike lanes on each side of the street on Oak Grove Avenue and University Drive, with a connecting bicycle route marked with sharrows on Crane Street, Santa Cruz Avenue, and Live Oak Avenue. Parking changes proposed as part of this project are detailed further below.

This work is now complete.

In 2015, the Bicycle Commission proposed inclusion of a new priority project in the Commission’s two-year work plan. The City Council approved the project as part of its 2016 Work Plan and approved the concept design on December 6, 2016. On April 18, 2017, the City Council directed staff to advance the project into construction to be open before school starts in the fall of 2017. Provisions for weekend parking between Laurel Street and Middlefield Road and events at Nativity Church were also incorporated.

As part of the City’s design of the project, parking occupancy on each street was reviewed to analyze areas of highest parking demand and minimize impacts by preserving as much parking as feasible in these areas, particularly in the downtown area. As such, all parking on Crane Street, Santa Cruz Avenue and Live Oak Avenue was preserved as part of this project.

However, some parking removal was necessary to install bike lanes on Oak Grove and University Avenues. 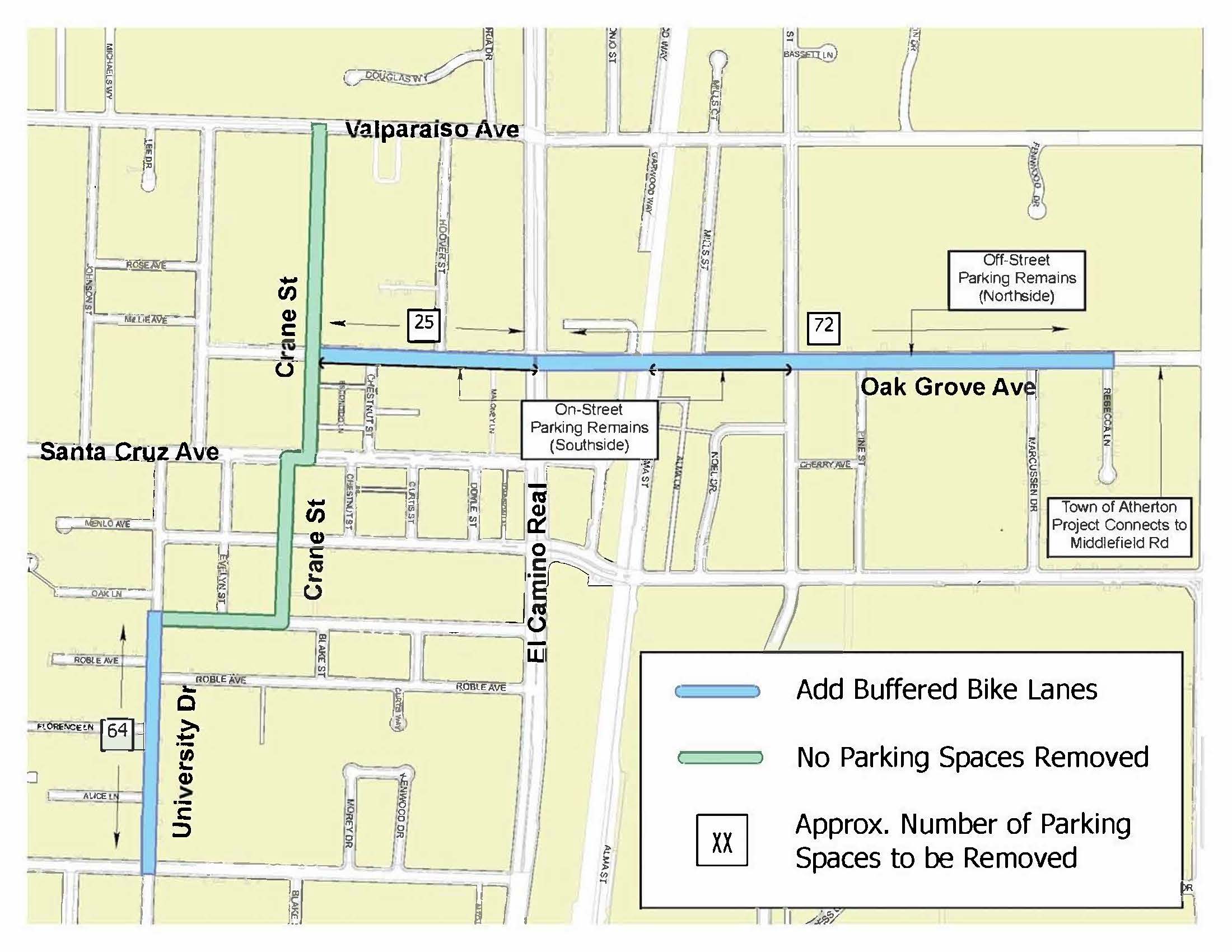